How Myspace Influenced Us as Digital Marketers and Web Designers

The days of Myspace might be long gone, but the friends-driven social media network had a bigger influence on digital marketing, web design and millennial culture than we may realize. It introduced concepts that have evolved in the past decade and made us question how much time we spend in front of a computer. There were weird reactions to that angsty bulletin you posted, begging someone to bring you Taco Bell at 2 a.m. and even more reactions to when your friends found out they were not in your top eight (there was a way to check for people who hid their top eight – I see you, source code!).

The days of Myspace might be long gone, but the friends-driven social media network had a bigger influence on digital marketing, web design and millennial culture than we may realize. It introduced concepts that have evolved in the past decade and made us question how much time we spend in front of a computer. There were weird reactions to that angsty bulletin you posted, begging someone to bring you Taco Bell at 2 a.m. and even more reactions to when your friends found out they were not in your top eight (there was a way to check for people who hid their top eight – I see you, source code!).

Ah, those were the days… 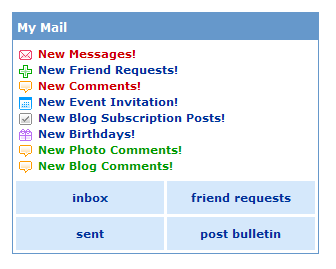 We’re not the first to reminisce about the days of logging onto Myspace when we got home from school. If you have recently come across Tom’s Instagram, @myspacetom (If for some reason you don’t know who Tom is, he is the co-founder of Myspace.), there might have been a few thoughts running through your mind:

You may have also thought, “Wow, we’ve come a long way in terms of social media photography…” You’d be right.

Myspace was a different world – full of emo kids, scene queens and underage teens that thought they were cool. Selfies were not yet selfies, instead they were mirror shots and/or oddly-angled photos usually taken with a T-Mobile Sidekick or point-and-shoot camera. The people that took these type of photos likely had hair that swooped across their faces and/or emulated a raccoon.

Myspace style trends lost their popularity and social media users wanted something that provided an easier connection, cue Facebook’s birth. Fast forward a few years, and users now wanted something simple and selective, which led to a new era of social media. That simple and selective platform is Instagram. It inspired a new age of photographers that partake in Instameets, or events in which people gather at a pre-determined location and take photos. Instagram has made it easy to produce appealing photos through its filters.

On the other hand, and back in the Myspace days, editing photos was usually something that did not happen instantly. Sure, there were third-party programs that helped you edit photos on your computer, but if you wanted a picture to look somewhat professional (in Myspace terms), you had to use Photoshop– not quite as instant as an Instagram filter. There are still many photographers that use Photoshop for photos that they share on social media, but the simplicity of photo editing applications has given some Photoshop users a run for their money (and time). Besides Instagram, there are several other applications that will allow social media users and influencers to edit their photos, ultimately making sharing posts easier.

This evolution of quality photos has produced several techniques for social media marketers to grow their brand on Instagram and the other social media platforms through cross-promotion, engagement, creativity and brand influencers.

Social media marketers are starting to piggyback off other social media platforms to grow their overall fan following. For example, when Facebook was gaining popularity, it developed an HTML script that users could install to display a Facebook profile box on their Myspace. This ultimately let a Myspace user’s friends know they were on Facebook, tricky, tricky Zuckerberg. There’s a potential that this move contributed to Myspace’s demise, but it was also one of the first examples of social media cross-promotion before social media users started using different social media platforms for different types of content. Marketers then caught on and started to promote their other social media platforms off of their existing ones. So while you might have a great following on Facebook, it’s best to let your fans know the Twitter page exists, too. This provides a one-two punch through a call to action, an additional touchpoint and it expands the amount creative content fans will have a chance to engage with or see.

Engaging with Followers to Produce Growth

In the days of Myspace, engagement wasn’t measured by the amount of likes or reactions on a photo or piece of content. No, instead users left their sentiments in the comments on other people’s posts. Gaining a considerable amount of comments made users think he or she was a Myspace celebrity (unofficially). These days of shameless self-promotion have evolved into more engaging forms of conversation. Brands are asking followers questions in their social media copy, ultimately encouraging users to leave comments and occasionally spike meaningful conversations. Brands are also asking followers to tag their friends in a post that said friend might be interested in. In essence, brands are taking on humanlike qualities online to reach even bigger audiences and gain even more engagement. This is something that traditionally required word-of-mouth marketing campaigns and focus group studies to measure impact.

Using Creativity to Connect with Audiences

Sure, selfies became popular even before they were called selfies. But, unlike the popularity of self-inflicted photos on Myspace, Instagram accounts are featuring a wide range of photo opportunities, especially among brands. Instead of posting photos with in-your-face ad copy saying something along the lines of “THIS IS AVAILABLE NOW,” brands are encouraged to post artistic photos that represent their promotion or product, even if it’s not heavily logo driven. Photos might include a shot of architecture or piece of art that fits the brand’s aesthetic. Including imagery spikes the emotions of followers, and is a creative way to not only let followers know what inspires your brand, but also gives them insight into how it’s translated into everyday life.

One of your first friends on Myspace (besides Tom) might have been Tila Tequila (It’s okay, it happens). In 2006, she had the most-viewed Myspace profile and Time Magazine, the New York Times and several other news sources dubbed her as the premiere star of Myspace. Although you may or may not agree with her views, she was a pre-Instagram era social influencer. She grew her Myspace friends by being one of the first users on the platform after being kicked off Friendster several times. Her impact on Myspace caused many users to start adding random friends in order to grow their networks. Similar to the desires of modern social media users wanting significant amounts of followers, having a lot of friends became competitive on Myspace.

Author True Story: Having a ton of random Myspace friends became so popular at my school, my eighth grade history teacher made us watch VCR-recorded episodes of “To Catch a Predator” during the first 30 minutes of first period for a week straight.

Not only was Chris Hansen, the host of To Catch a Predator, catching online predators, the bait houses he and his crew used in nearly every episode provided kitchen counter inspiration for families across the United States. My mother made a serious kitchen counter decision based off an episode of To Catch a Predator as she told me not to talk to strangers online. What a guy!

Social influencers have come a long way from Myspace. From bloggers, vloggers and niche groups with a dedicated online following, there are many options that produce social impact and/or generate consumer-driven decision making across a variety of brands. Hard to believe every mom blogger of the late 2000s had Tila Tequila to thank for their success.

So how do these influencers measurably impact brands? Social influencers are effectively contributing to brand’s social media channels by:

As Myspace became more popular and the social media marketing ball started rolling, so did display advertising on the platform. Google and Myspace developed a partnership in 2006 with the main focus being on Google Advertising. Google AdSense, Google’s advertising platform ran contextual ads on Myspace, which focused on keyword analysis, word frequency, font size and overall link structure. This determined the content of a webpage and matched Google ads to necessary pages. This is also very similar to the current set up of digital display advertising in 2017.

During the glory days, Myspace was generating $30 million per month in advertising revenue through Google AdSense. Google’s fourth quarter ad revenue in 2006 increased 67% from 2005, which shows how much of an influence digital advertisements had after their introduction on Myspace. Contextual ads were displayed on the Myspace admin page, forums, Myspace Music, blogs, mail and other available ad spaces. The ads went off of profile information such as relationship status and location.

Myspace use might have declined, but the use of display advertisements did not. To bring in extra revenue, websites continued to develop areas for Google AdSense ads to display targeted advertisements based on a user’s internet activity. These were classified as remarketing ads and controlled through Google AdWords. Google’s ad revenue went from being $10 billion in 2006 to $79 billion in 2016. Thank you, Myspace. Digital advertising, specifically remarketing ads, now allow for the development of remarketing lists coming from Google Analytics. Lists can be developed from website visitor behavior and demographics such as specific pages viewed and location. Their main purpose is to deliver ads to previous website visitors with specific creative and copy that is aligned with visitor interests.

One last building block that Myspace gave the marketing world was through its very basic HTML set up. Even though a web designer’s capabilities should be well beyond anything that was able to be generated on Myspace, users who never designed a website before, could. Regular folks quickly became HTML pros and the back-end of Myspace, in a way, was the simplest form of a Content Management System.

Refresher course: The custom design of a Myspace page was considered a “layout,” which was generated from pre-built templates or built from scratch if you knew the general structure. Customizing Myspace pages became so popular that individuals would create Myspace profiles that made their “layout” designs available for everyone. It was common for Myspace users to use these layouts without giving credit to the person who created them, which on occasion, caused a bit of trolling.

Since there is potential for uncertainty when designing a website with changing user interests, unlike the Myspace era, there are ways to measure what users prefer from a design standpoint. If you want to keep up with current web design trends by incorporating an asymmetric layout on the home page or using a geometric typeface for a call to action button, you can A/B test these with your original design. Myspace definitely didn’t have that capability.

During the Myspace era, many people considered social media as a frivolous platform that was for teenagers and 20-somethings. Now, social media is an entire category in the digital marketing realm that continues to advance and influence trends in marketing and web design. It has produced meaningful careers and contributed to major marketing strategies for marketers and communications professionals alike. To learn how we produce digital marketing and web design and development strategies that have evolved from the Myspace era, contact us today. If you do, we might put you in our top 8…

t::t Wins Another Site of the Month