What are the Key Differences in 2021?

Here’s a fun fact for you! The first display advertisement was published on the internet in 1994 on behalf of AT&T McCambley. It was a banner ad and it looked like this:

Source: Outbrain
We aren’t sure where to start. The tie-dye font on black? The confident aura this banner ad gives off, ensuring the user that they WILL click their mouse right there? The excessively long arrow? Would you click on that ad today, or would you automatically write it off as spam?
Internet users today are much more ad-savvy than they were in 1994, meaning marketers have had to get creative with advertising formats and placements in the past two-and-a-half decades.  The many advertising options marketers face can lead to confusion with new terminology and buzzwords. What are display ads? What is programmatic advertising vs. native advertising? And what about ads that don’t look like ads at all?

Native ads are on the rise

Native ads are subtle-yet-effective, delivering such unrivaled performance that their popularity is on the up and up. According to Taboola, a major advertising platform, advertisers are expected to spend around two-thirds of their display advertising budget exclusively on native ads in 2020. 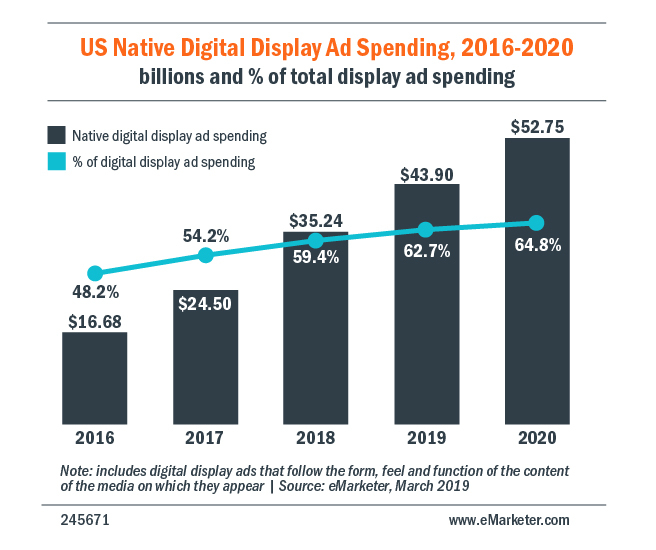 Centro, another big advertising platform, found that the use of native advertising is expected to grow 20% in 2020, hitting over $44 billion in spending in the U.S.
If you’re with us so far, awesome! If the term “native advertising” is more of a buzzword you’ve heard in passing at conferences or on marketing podcasts, you may be wondering how native ads fit into the concept of programmatic advertising. We’re here to set the record straight.

What is programmatic advertising? 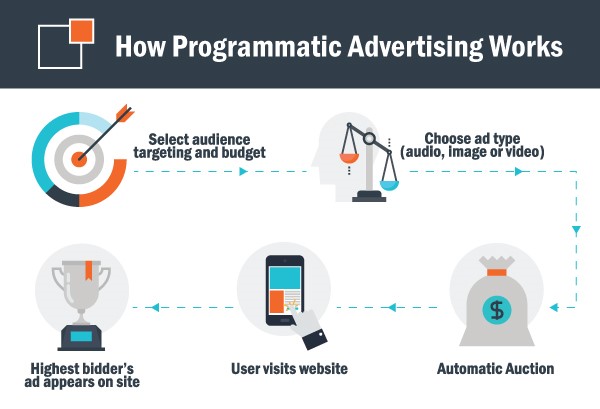 What is native advertising?

Native advertising is an ad that is designed to look and feel like it matches the surrounding content. It can use the same font, image sizing and/or format as the other content on the page. These ads appear native to the page because they blend in with the rest of the content, meaning they’re less likely to get skipped over as an obvious sales pitch.
These ad types are shown most often in a website’s feed or as promoted content. They require the brand name, a short headline, short description, brand logo and creative image assets. Here’s an example to show you what we mean. 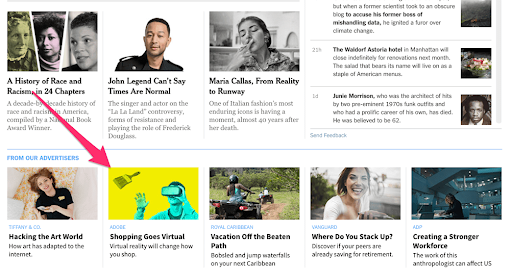 Source: AdEspresso
Native ads can also appear on social media without disrupting or annoying the audience. For example, Twitter places text-based native advertising above the trending topics on its sidebar. 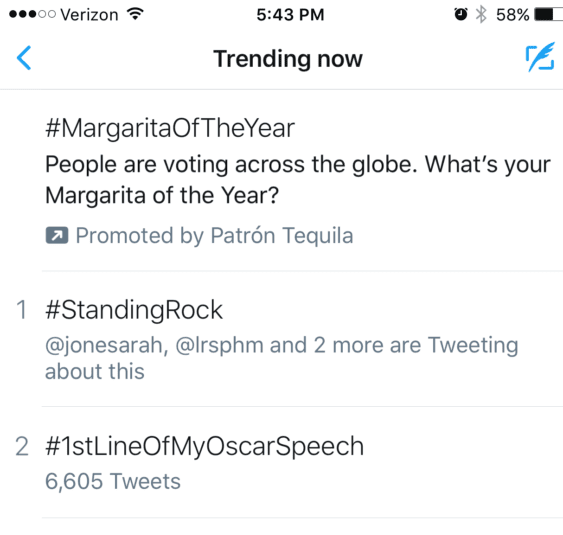 How are programmatic and native advertising different?

Think of it this way: native advertising is a subset of programmatic advertising. All of the following are true:
Native ads are different from your standard banner display ads. When creating your programmatic advertising strategy, you have three options for advertising types: display, video and audio. The category of display ads also includes standard image ads, HTML5 ads and native ads.
A native ad generally drives more engagement because they fall within existing content, making them seem more natural to the user. According to Outbrain, native ad clickthrough rates are around 0.2% while general display ads hover around 0.05%. That means native ads are four times more likely to be clicked on!
Native ads can be run in conjunction with standard image and HTML5 display ads, or run separately. Generally, we recommend running them in conjunction with other display ad types, meaning the advertising platform chooses which ad type to show and when to show it. However, if the native ad types appear to be outperforming standard display ads, that’s a great time to pull those out into a separate native-only option on your platform, isolating it to its own tactic.

We’ve already touched on the high-performing nature of native ads, but if you need a little more encouragement, here are five reasons to choose native advertising.

Let’s be real for a second: Many marketers have yet to unlock the power of native advertising. They don’t teach practical native advertising strategy at most colleges and they’re still a fairly misunderstood branch of digital ads.
But hey, that loss is your gain! Native ads tend to have less competition, leading to lower base CPMs (cost per thousand impressions) and making them a cost-effective choice for your business.

They get more attention

Even if a user doesn’t click on a native ad, they’re still very attention grabbing. According to Centro, 52% of users look at native ads more frequently than display ads. So much more so that a native ad headline “yields 308x more consumer attention than processing an image or banner ad.”

They deliver more clicks for less.

Native ads tend to have a lower cost per click rate simply because they’re clicked on more often. In a CPM cost structure, driving more clicks is key to site traffic. Native ads can help you get there.

They get VIP placement

Native ads can be shown in premium ad inventory spots. Most users ignore or generally don’t click on banner or standard display ads because of their location at the top of the page and on sidebars. Native ads blend into the content, eliminating the users’ honed ability to block out the top and side of the page.

Ads-that-aren’t-ads are the currency of the digital age. The “sponsored” text associated with native advertising is usually smaller, greyed out and not immediately noticeable, making the ad appear less invasive to the user.

Do I need a separate native advertising platform?

No, if you’re already using programmatic advertising you can continue to use the same platform. Just indicate to the system or to your platform representative that you wish to incorporate native ads. Then update your creative assets to meet capability requirements like headlines, images, preview text, etc.

Are native ads more expensive than other ad types?

No! Like we mentioned before, most brands stay away from native ads. This means these ads have efficient and generally lower CPM and CPC rates.

Generally, yes, native ads will have some variation of the words “sponsored content” in the ad. It is often discrete so that the user cannot notice it, making the ads seem even more like part of the content.

Can you use native advertising on social media?

Yes! As in the example we showed above, social networks have incorporated native advertising options, usually in the form of sponsored content. LinkedIn, especially, is a great platform for native ads.

Yes! We have an in-house demand side platform allowing us to run programmatic advertising and specifically native ads.

Interested in learning more about native ads? Our team is standing by ready to revamp your ad strategy. Get in touch and let's talk.

Anthony is a Senior Manager on the Performance Marketing team. Ask him about paid search, programmatic advertising, even SEO if you'd like. When you're inevetiably satisfied with his response, be ready to turn the conversation to classic movies and music from the 70s.

How to Improve Your FAQ Page to Optimize for Voice Search